Do you ever think about great culinary works of art? I smell it when I eat pig. In Kuala Lumpur, sometimes after I’ve been to class I walk to the cafes near my university and use my nose to track fresh siu yuk. But nothing beats wild pork in Sabah. Smoked, drizzled in soy sauce and vinegar with chilli on the side. Smoked wild pork is very popular in Sabah, the Kadazan-Dusuns call it sinalau bakas. The bakas, although much leaner than domestic pig, is wonderfully fatty and depending on where they root for nutrition—wild herbs, agricultural crops like palm oil or corn or just plain old lalang—the grassy taste is the very best as it doesn’t cram in flavour but rather spreads, unevenly to all the different parts, making the experience on the tongue a little more unusual Cooking wild pork in the Tamparuli-Kundasang area has got it down to a fine art. An incredible amount of salting, smoking and barbecuing goes on. I like a good hunk of the wild game meat once in a while, and, fortunately for meat-lovers there are stalls by the roadside along the way just at the foot of the mountain road. What I like the most is that these road side stalls are a combination of butcher shops and a place to eat. It’s also one of those places where you get a more authentic experience—the kind visitors seem to be looking for. The food is always rustic, as is the atmosphere. Bakas stalls sell slightly different pork cuts from commercial pork stalls. Over here, the bits that a lot of people may wrinkle their noses at make it to the grill too. 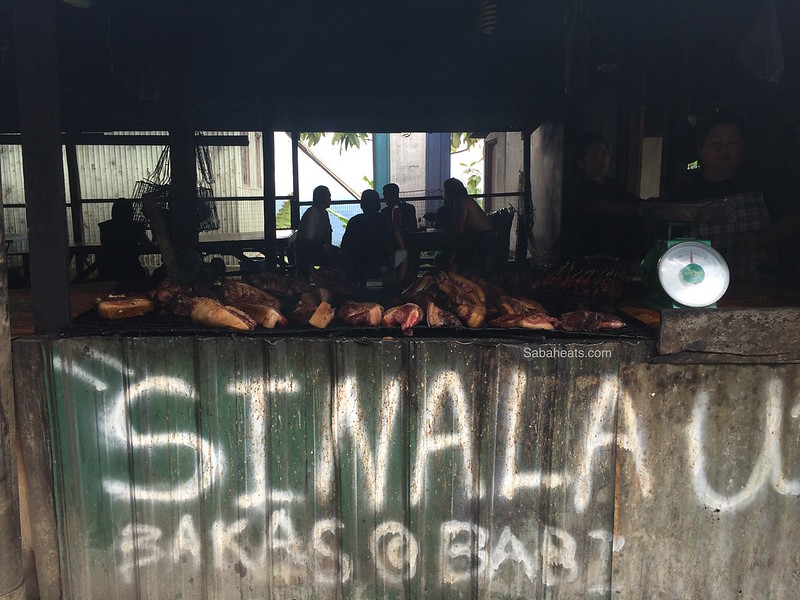 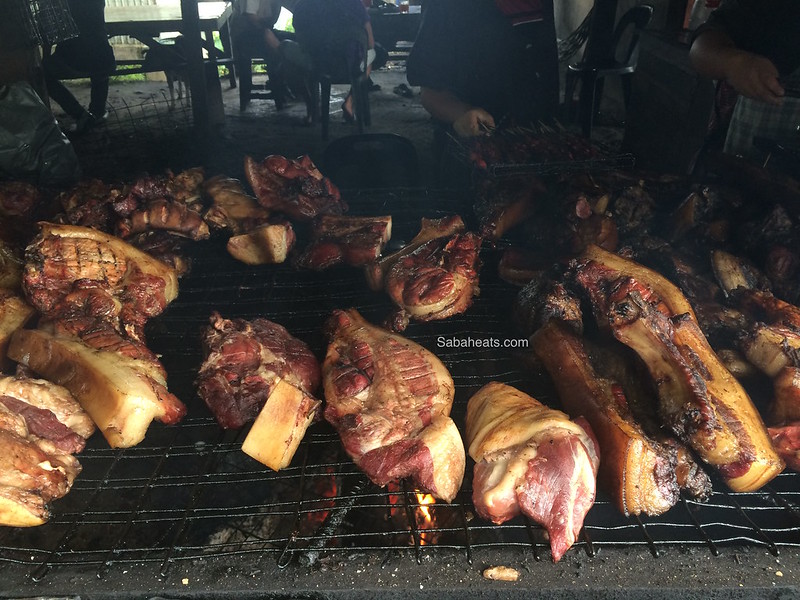 It’s not uncommon to see the ears, jowl, butt end and oink fry on blazing hot griddles. As the three of us descended on the grill, rows of wobbly hunks of pork with beautiful slightly blackened barks came into view. The inside of the stall was dirt floor, covered by a zinc roof and exposed wooden beams. Pot bellied Dusuns with mean mullets occupied utilitarian wooden tables and chairs. A boy with a basteing brush in his hand was wearing a Barcelona jersey. He nannied the grill, bustling back and forth, occasionally stopping to check his phone while a man with a rolled cigar came by every now and then to our table to shoo away pesky dogs. 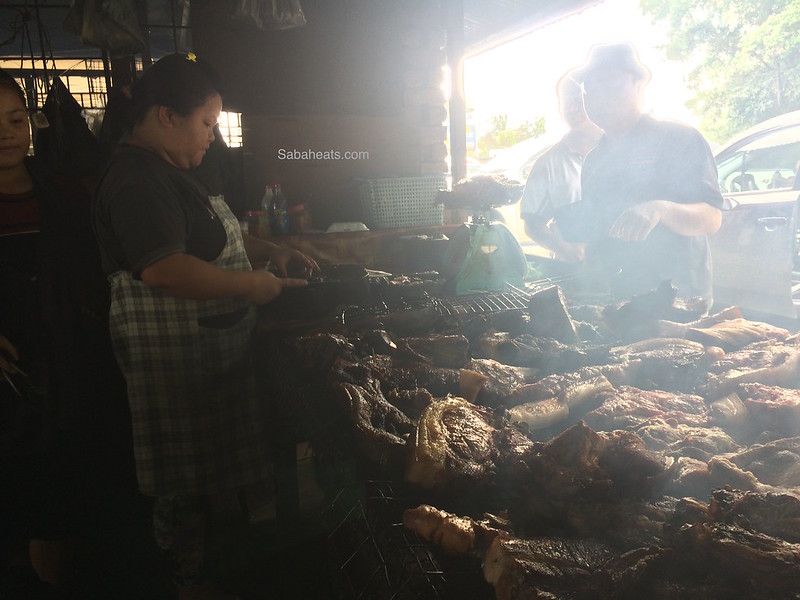 There was a lively conversation going on at the table next to us when we sat down, and I soon found out why. Beer. Tiger beer, Carlsberg, Heineken and Guinness were selling at a cool RM4 a pop. Sinalau bakas is traditionally served in thin strips, eaten with toothpicks and chased down with beer. We did some clever multi-tasking with the bakas satay and the Nasi Bungkus, which were also popular with other visitors. This was properly flavoured skewered meat that gets crispy in its own fat while the rice wrapped in leaves (in Kadazan its called Linopot) was delicious soaked in its delicious cooking juices. 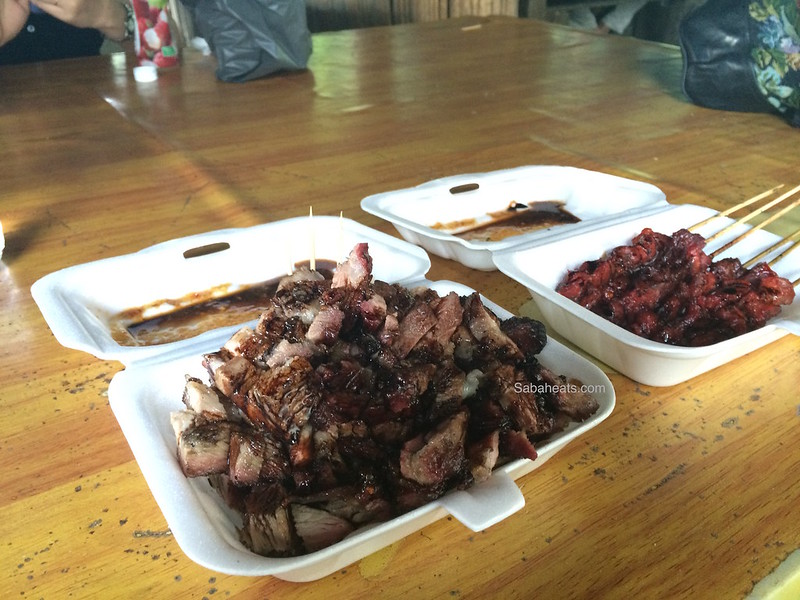 We ate and ate. The wild bakas scene in Sabah is unparalleled these days but the restaurant scene is nothing to be sneezedsneeze at either. According to a report compiled in 2012, there were 332 shops selling wild meat nationwide. 83 are in Sabah. With 83 shops selling wild meat I don’t think I’m in any danger of going hungry around here. I’m just worried that I’ll run out of time.

Babi, right? My name is I-Ling Yee and I am the pork beast. Life is too short—especially when it involves pork—not to eat crispy blistered pork crackling and glorious fatty pork with mustard sauce and a beer to wash it all down. I eat pork and squeal at the screen when Liverpool plays but it’s only a thing. Sometimes I write stuff. When I’m not in Sabah, I live in KL (not the cool part), fumbling towards finishing my final year at Monash.

4 Food Trucks in Kota Kinabalu you should try now